Administration of contrast is often requested and performed in imaging studies. Information generated during the administration usually is recorded manually because IHE integration profile and a base standard for this purpose is lacking, which makes important medical records prone to be missed.

Now DICOM Supplement 164 is published, it becomes possible to automatically report and store information regarding imaging agent administration in an integrated workflow.

<Now describe the Value Statement: what is the underlying cost incurred by the problem, what is to be gained by solving it> 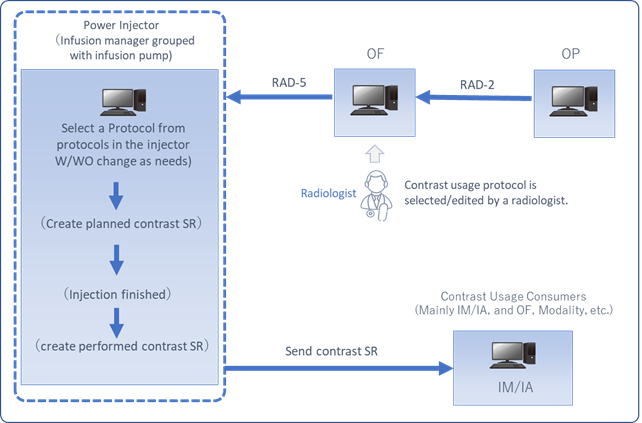 <Why IHE would be a good venue to solve the problem and what you think IHE should do to solve it.>
<What might the IHE technical approach be? Existing Actors? New Transactions? Additional Profiles?>
<What are some of the risks or open issues to be addressed?>